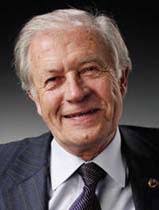 On 10-15 October 2020 on the base of the Institute of Economics and Industrial Engineering of the SB RAS, Novosibirsk academic town, there will be held the International conference dedicated to 84 years from the birthday of academician, Alexander Granberg.

Russian academician and regional scientist Alexander Granberg died Aug. 22 2010, in his 75th year. He had remained active as Russia’s senior specialist on integrated economic development projects, serving as chairman of the SOPS (Council for the Study of Productive Forces, a joint government-Academy body which is the successor of Academician Vladimir Vernadsky’s KEPS organization). Academician Granberg was a member of the Presidium of the Academy of Sciences, headed its Regional Studies Council, and had earlier been chairman of the Russian National Committee on Pacific Ocean Economic Cooperation.

Based in Novosibirsk for many years, Granberg designed and guided many projects for Siberia and the Russian Far East, including the current national plan for the development of those regions, and was working on the Industrial Urals-Polar Urals project design in recent years. Victor Ishayev, Presidential Representative for the Far East Federal District, released his telegram of condolences to the Russian Academy of Sciences and Granberg’s family, which he sent from Kamchatka on the Pacific coast, where Ishayev, Prime Minister Vladimir Putin, and others are holding meetings

More info on this event

Stay updated about this event and ERSA upcoming activities, subscribe to ERSA E-newsletter.

Diego Puga is this year's recepient of the prestigious ERSA Prize!